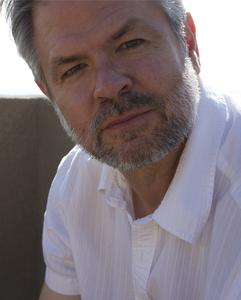 CINEMATOGRAPHY: Tim Nenninger is a filmmaker/editor and the owner of Timbojo Productions. Tim got his start in college with a degree in photography and had worked primarily as a still photographer until moving back to ABQ in 2008 to get involved in the NM film industry. As a songwriter and published musician he honed his audio skills through years of recording music and producing the nationally syndicated radio show Art of the Song Creativity Radio. Timbojo Productions is a boutique production company that focuses on all aspects of film making from production through post production including cinematography and sound recording, audio and video editing, sound mixing and design, ADR and foley.