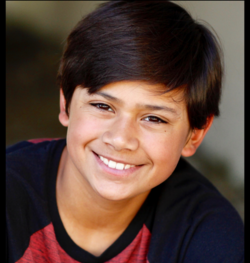 Katara Dodson-Sands (11) has three older brothers and always has something to prove. Acting was not an exception. She followed them on this journey and soon took the lead, landing a role in “At the End of the Santa Fe Trail,” “Monsters,” and a few local commercials. She is headstrong and determined to meet her goals. She is constantly improving her craft with classes and independent practice. Katara also spends time modeling both on the runway and in print. When not performing you might find her doing gymnastics, on the slopes, at the roller rink, reading, camping, riding her bike, painting, drawing, or hanging with her siblings. 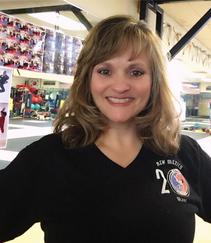 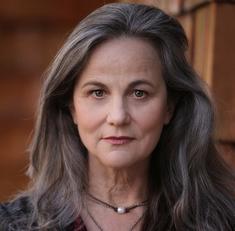 Darian Erp (16), is interested in acting in both film and theater. He enjoys singing, dancing, and acting. He is in New Mexico Young Actors theater company and has performed with that company in traveling plays and musicals. His performances include Aladdin the Musical as Aladdin, Beauty in the Beast as Cogsworth, Sleeping Beauty as Prince Elano, Mary Poppins Jr. as George Banks, and Secret Garden as Archibald Craven. 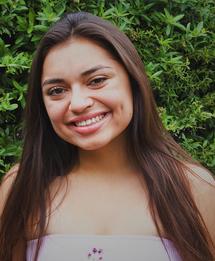 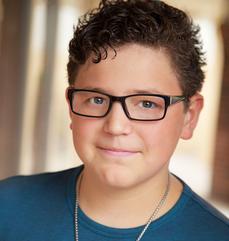 Celeste Rudolfo  (19), is a first-year university student studying Photography and Sustainability. Celeste is also currently studying French and is fluent in Spanish. Celeste has been involved in acting since she was in middle school. Celeste has acted in short films as well as some school-produced shows. She enjoys climate activism, taking photos, making music, and exploring the outdoors with her dog.

Alex Gopal (16) actor/model/producer. Alex is an award winning actor (BLACKMAIL) who has trained continuously Since the age of six (2010), in a variety of talents from acting for film and tv as well as commercials and modeling, martial arts, and dance.
Alex loves sports, especially ice hockey, and plays goalie for the NM IceWolves Youth Hockey team, and has a black belt in Tae Kwon Do. Alex also loves to travel. Alex wrote THE AWAKEOVER's song Cookie Girl as well as the S'Mores & Gores short

​(Actress/Producer/Writer) Originally from Chicago, Christina trained in acting since high school. She went on to earn a diploma degree in nursing, worked in cardiology for several years then received her Bachelor’s in Nursing. After her first son was born (Actor Alex Gopal), she decided to audition for her favorite play “Much Ado About Nothing” for a local Northern Indiana playhouse. She was cast in two roles, Margaret and Ursula.  Shortly after, her family relocated to Albuquerque, NM where the television and film industry had been steadily growing. Since 2010 she’s continued to train and work in film while nurturing her two sons’ acting and modeling careers (Including actor Julian Gopal). Beyond acting, Christina has developed as award winning writer/producer as well (Diva’s Perfect Posse WebSeries, Blackmail, and Gameboy, to name a few). When not working in film she enjoys spending time with her family traveling around the world and watching ice hockey, especially when her sons are playing. She also enjoys training in Tae Kwon Do where she currently holds a 1st degree Black Belt. She wishes to thank her loving and supportive husband of 21 years, Dr. Ramesh Gopal, as well as her agent Tina Presley at Presley Talent Agency.

Cookie (5) was only one year old at the time of filming. She is a parti-toy poodle originally from Jemez, NM. She was adopted by her family at 10 weeks and lives quite the pampered life. She loves to travel, especially to places that have great window views. She also enjoys Bark Box deliveries, toys, bones, chicken, and most recently Tae Kwon Do training, primarily grappling with her Scooby. Cookie loves all the attention she gets on set and can't wait to do it again. 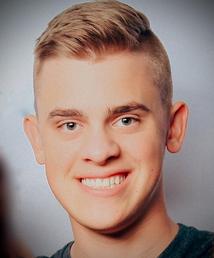 ​was raised in Seattle, WA. Janelle moved to The Land of Enchantment to attend college at The University of New Mexico, where she graduated Summa Cum Laude with a Bachelor of Science degree in Dental Hygiene. Growing up, Janelle trained and performed for many years with BalletTacoma; she also performed with her school drama club. After a lengthy hiatus her acting flame was reignited when she began escorting her young daughter on set. It is then that Janelle initiated her extensive training as an actor for both stage and screen. Janelle enjoys commercial and modeling work but is especially passionate about film and TV, where she has been cast in both supporting and lead roles. Janelle is represented by Mitchell & Associates Talent. 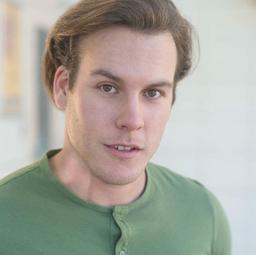 Vivian Nesbitt is an actor, writer, and producer. She has a passion for fostering the talent of developing professionals and has directed over 30 short films. As an actress, she has toured nationally in Mother Jones In Heaven, a one-woman musical about the legendary labor organizer Mother Jones. She has been recognized for her work on stage and screen by the Los Angeles Women's Theater Festival, United Solo-NY, and NM Women In Film. She is represented by the O'Agency. 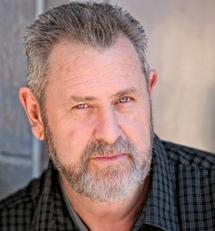 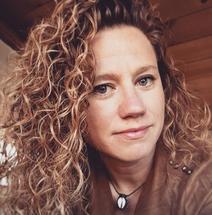 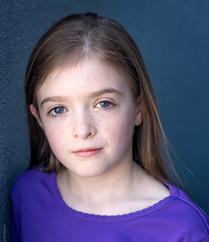 ​Julian Gopal (13) is an ethnically diverse young actor/model/producer/writer. Since the age of four (2010), Julian has continuously trained in a variety of talents from acting for film and stage as well as commercials and modeling, martial arts, and dance. Known for FBI: Most Wanted & The Purge TV, his favorite place to be is on a film or tv set.
Julian loves sports, especially ice hockey, and plays defense for the NM IceWolves Youth Hockey team. Julian also loves to travel and photography. His favorite place he's visit is the Galapagos Islands, and Croatia where he developed his love for mussels.

​​Tim Nenninger is a filmmaker/editor and the owner of Timbojo Productions. Tim got his start as a photographer in college, where he received a minor in photography. After college, Tim traveled many parts the world as an active travel guide where he was able to hone his skills as a still photographer. Alongside photography, Tim had worked and performed as a singer/songwriter for 20 years. As a published musician he honed his audio skills through years of recording music and producing the nationally syndicated radio show Art of the Song Creativity Radio. In 2008, Tim moved back to Albuquerque to get involved in the NM film industry. Using his experience in audio and photography, Tim established Timbojo Productions in 2009. Timbojo Productions is an award winning, boutique production company that focuses on all aspects of film making, from production through post production, including cinematography and sound recording, audio and video editing, sound mixing and design, ADR and foley.
In the past 5 years, Timbojo Productions has shot and edited 20+ short films, 1 feature film, 1 feature length documentary, 40+ Production Reel Demo Scenes, 60+ web series episodes, industrials for clients such as the New Mexico Philharmonic and Indian Motorcycles, created audio/visual cues for multiple theatrical performances, and composed/engineered/mixed and mastered songs and scores for local films. 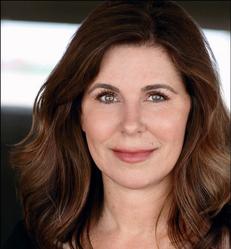 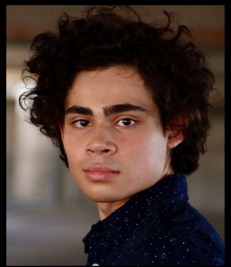 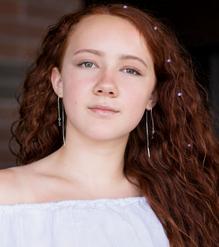 Mason Rauch, 18 (14 at the time of filming) Actor/Writer, is currently serving in the United States Navy as an Aviation Electrician’s Mate.

​(Actor/Director/Writer) has been making films since the days of Super 8. He started out as a film student under Gregory Nava in 1976 and continued his passion by taking acting classes, so as to learn what actors need from directors. This lead to his eventual transfer to San Diego State University; where he earned a Bachelors Degree in Drama. He worked as a stunt man, actor, writer, producer and director in the Hollywood area for years. He appeared in many national commercials and even did comedy sketches on The Tonight Show with Jay Leno. Along the way he trained with the legendary acting coach, Jeff Corey. Training with Corey, lead to his entry into the coaching field. He eventually opened The Players Craft Acting Studio in Southern California. He trained many actors of all ages, but gained a reputation for being one of the finest youth acting coaches around. He eventually closed the beachside acting studio when economic conditions made it difficult to survive in the expensive California business climate. He made the move to New Mexico in 2014, and is again teaching acting and has returned to his passion of making films. 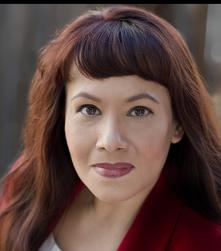 Isabela Rudolfo (17), is a high school student athlete. In addition to acting, Isabela enjoys participating in varsity athletics, making music with vocals, guitar, and piano, and studying history and environmental sciences. Isabela has been acting since middle school and has participated in school productions and short films (including one in Spanish). 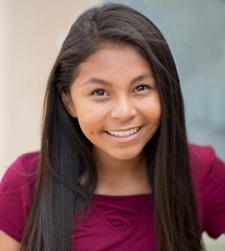 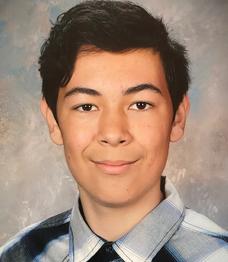 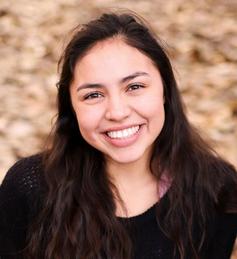 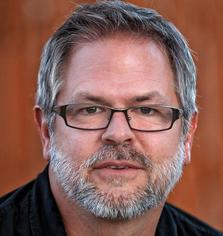